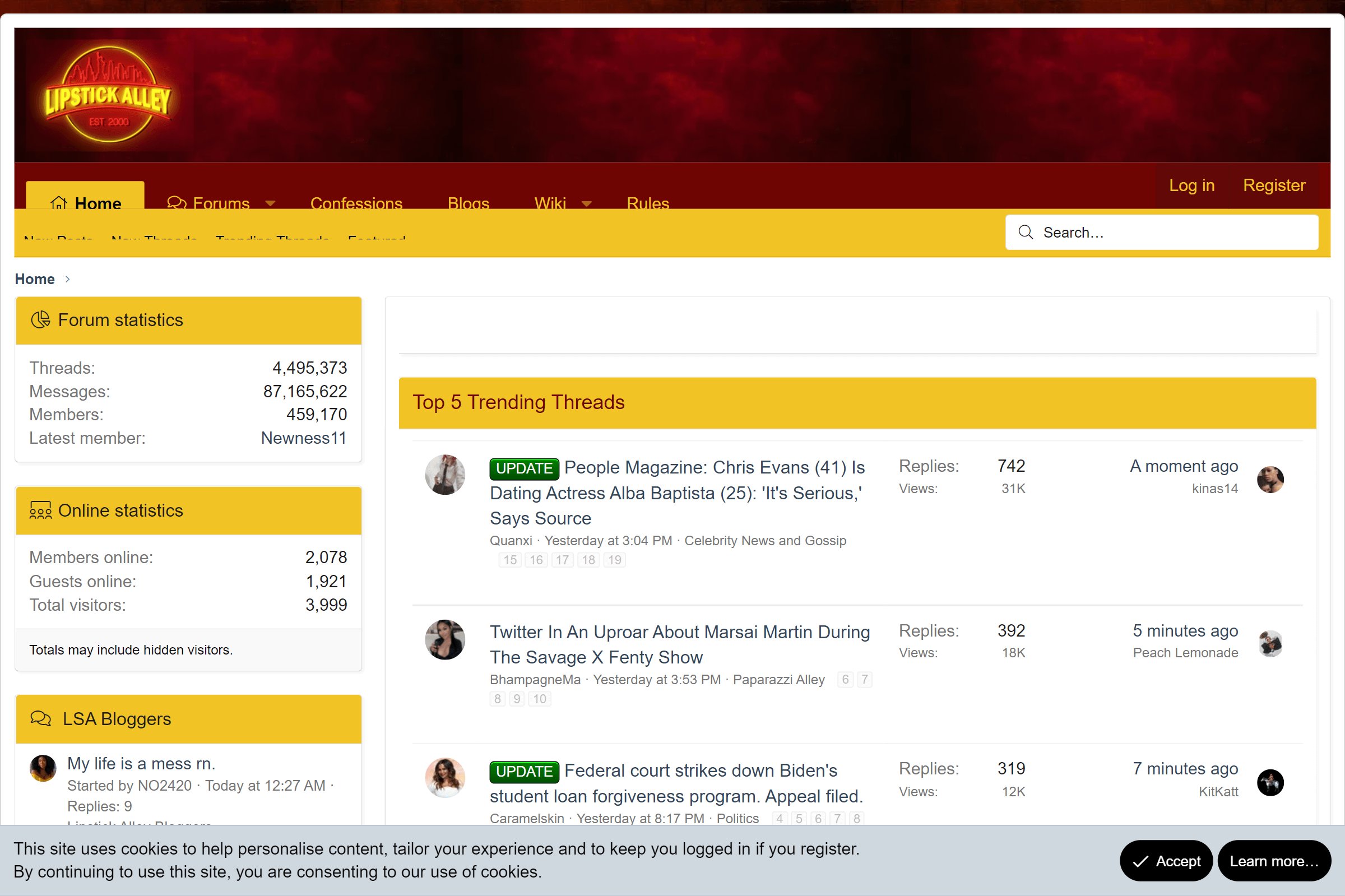 An amusing site- The Black version of the Onion!

I left LSA months ago due to encountering obsessed Somali stalker and failed doxxer "AndrewRobel"/Eric Stevens. I was aware of him stalking me for a while and decided to sit on it. It gave me great satisfaction to know that I was "living rent free" as they say in his mind. I'm always ambiguous on the internet, I do not say more than what's necessary and like to be Mystique-ish. I would never give anyone online or offline the opportunity to victimize me.

He really thought that internet strangers would have intel on me. I realized that a LOT of people (triggered and upset LSA fonts) were tracking and stalking me. Thus I decided that LSA despite its hilariousness was not worth another second of my time. I'm not a sensitive person and have a good sense of humor, so I'm not writing this review from a place of being traumatized and upset like most of these reviewers.

The groupthink and echo chamberness of LSA is annoying, probably my main and only grievance. I think the main reason my font was SO triggering to some people was because I often went against common LSA groupthink, echo chamberness, ignorance and blatant stupidity. I'm a strong debater and highly resistant to peer pressure and groupthink. There are some people whose lives revolve around that site and it's beyond pitiful.

I have a new stalker/tracker: a Black male on Twitter "Lontelldtx" who wishes that he had intel on me. He wishes that I would come back to that cesspool of site, it's his lifeforce not mine. For all the people stalking and scanning through that "Taylor Swift" fan Twitter account, it's obviously not one of my "real" and personal social media accounts. I just like to log in, from time to time, to see the analytics showcasing all of the pressed and obsessed people visiting my profile. It's really amusing to me. 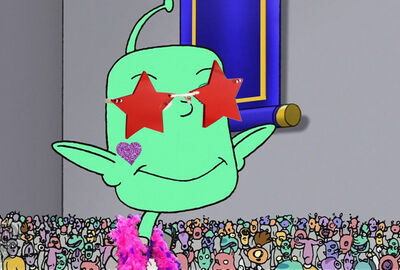 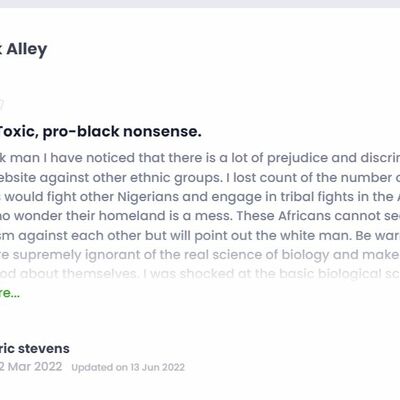 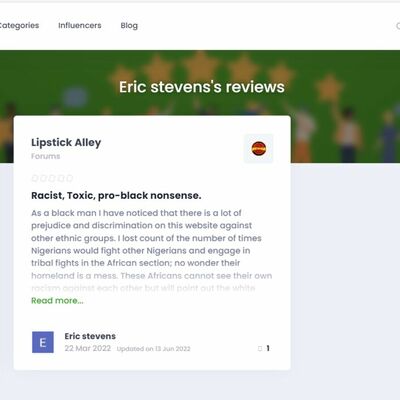 Iconic font-Bestfwends-She who vanquishes! 3 months ago

I commented on the original "Eric Stevens" review and his cowardly self immediately deleted it. I had to go to Google cached websites to get it. It's dated from 22 March 2022 originally, so only God knows how long that psycho has been stalking me for. This was the comment that left him shook: "This reviewer is Somali stalker and failed doxxer "Andrewrobel" on LSA and Eric Stevens on Twitter. I confronted him on Twitter and his punk ass immediately protected his tweets then unprotected them, so he could presumably stalk and doxx me from info sourced from my Twitter account. He was determined to know the "identities" of me and another font on LSA. Yet when we both responded the coward said nothing. He has disturbing fixation on various Black ethnic groups, hopefully one day he'll get the psychiatric help he needs."

Iconic font-Bestfwends-She who vanquishes! 2 months ago

Proof of Lontelldtx being Madness116 ? I provided evidence of "Andrew Robel" on LSA, Eric Stevens on Twitter/RSR.com and (newly created account) Matthew Berry on RSR.com all being the same Canada-based Somali stalker. He's talking to himself on different profiles under Eurocentric names such as "Pete" and disliking my review with them. I've see you engaging with his aliases. I'm so glad, I cussed him out on Twitter before leaving that cesspool LSA. Lmao at Lontelldtx tho, he's literally knows nothing about me. He used to say that I was a gay man. I wasn't one of those dumb fonts who gives their entire life story away on LSA. I purposely made my LSA font very vague and put in little things to throw stalkers and trackers off. TBH, I wish I left LSA earlier, I read so much dumb stuff on there and spent my time debating people, I would not even give the time of day offline.

Iconic font-Bestfwends-She who vanquishes! 2 months ago

"Andrew Robel"/Eric Stevens/Matthew Berry/Pete/Anna etc. are all the same Somali Stalker. He's literally talking to himself under different profiles. (Joined within the same timeframe and talks about the same things as "Andrew Robel" does.) Neither me or the other font he's stalking and trying to doxx are that invested in LSA. It's really not worth it to argue with the severely mentally disturbed and unemployed on the internet. I've realized that. I will not entertain him or his delusions any further. All I can say is that I'm glad that such a sick and depraved person "Andrew Robel"/ his aliases would never have access to me IRL. Ironically, despite him stalking me for God knows how long, he really has no intel on me but has let a few things slip about himself due to his low I.Q. He's clearly been anguished by my post history which has lead him to stalk me for days on end on various social media platforms. If only he knew how much I could not care less literally. He's wishes to intimidate and harass me but is failing at that completely. He falls flat on his emaciated and feeble ass each time. -Sidenote: The @Admin/mods have not banned his account "Andrew Robel" on LSA despite his clear and blatant stalking and attempted doxxing of fonts. He's clearly been stalking me and another font for months, maybe even years!? Only confirmed what I thought about LSA. That site is really not worth my time at all. Imagine if I viewed it as a place to make e-friends not as a satirical site. One of these crazy effers could have gotten real close to me.